We just released a new VR educational experience that every history buffs and curious minds will love… We named it Rome VR.

Ancient Rome forever holds a place as one of the most impressive cities ever in the history of humankind. The architecture of the Roman Colosseum rivaled or surpassed even the most advanced modern stadiums. And the sport went far beyond today’s standards for majesty… and brutality. Rome was home to the great civilization of Julius Caesar and dynasties that spanned across the continents.

The empire has long since fallen but you can explore it now, just as it was centuries ago, in Virtual Reality using the Unimersiv app.

Inside the Roman Forum, right next to the Arch of Septimius Severus.

As its name suggests, this experience lets you explore Ancient Rome in Virtual Reality (available on the Samsung Gear VR and Oculus Rift for now). You will able to discover and learn about all the major monuments that made Rome such a fascinating city including: 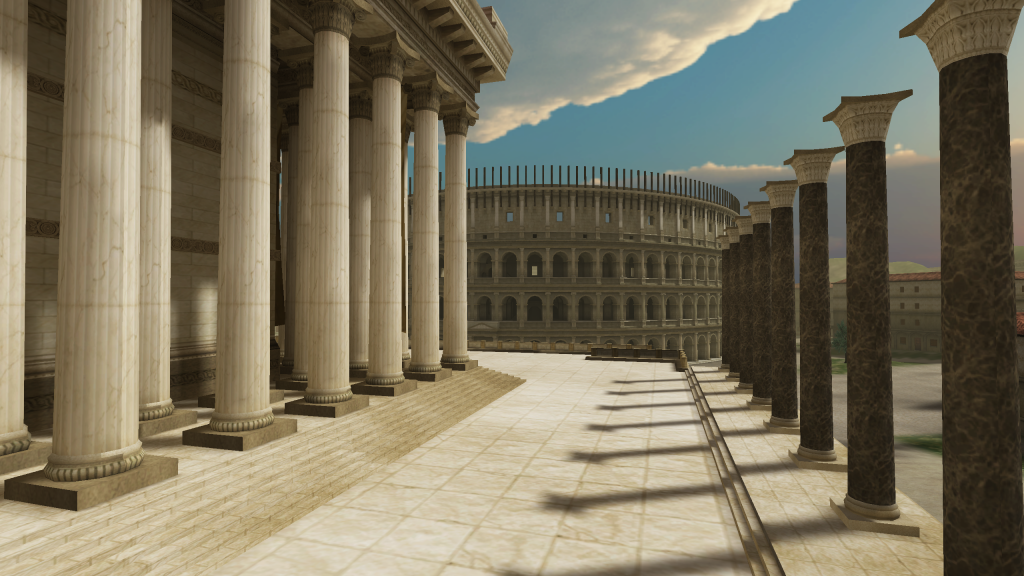 A view of the Colosseum from the Temple of Venus.

For all of these monuments, we will compare how they looked centuries ago to how they look today using high quality 360° pictures. This will give you the ability to compare Rome as it is today to the legendary Ancient Rome like never before.

To optimize the retention of information we worked with a professional voice actor on the script to let you admire the beauty of Ancient Rome while you will be listening to our voice actor explaining you everything you need to know about the different monuments.

To give you a better idea of the quality of the graphics in the Rome VR experience we decided to share on this article a 360° render of it, here it is:

We truly hope that you will like our work and as always, feel free to share your feedback about it or about the Unimersiv app with us! 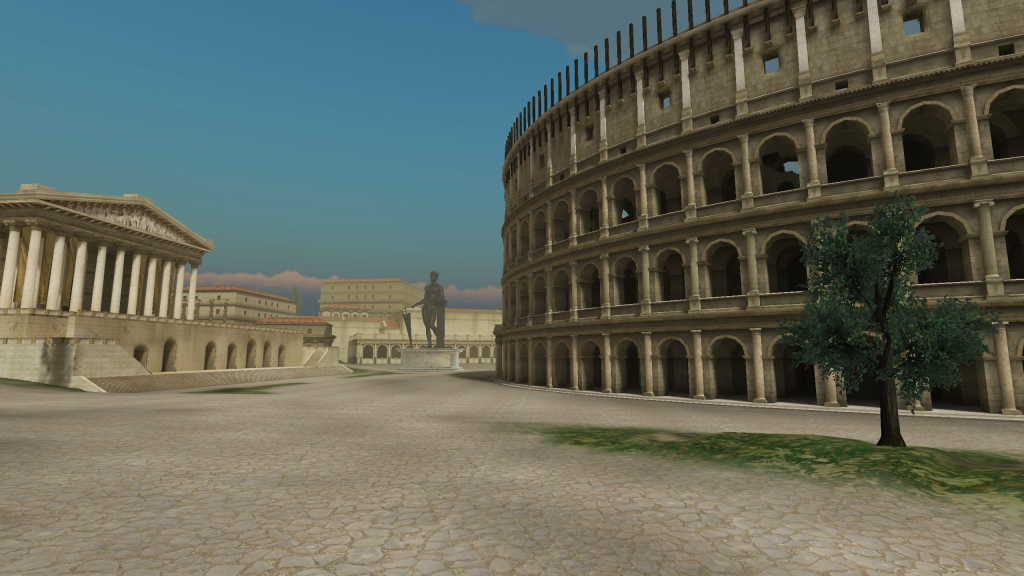 A view from the side of the Colosseum. You can also see the Temple of Venus and Rome as well as the Colossus of Nero.