If you know someone suffering from Multiple Sclerosis (MS), you must have noticed the emotional trauma they experience even when the physical pain subsides. For those of you who are not aware of this medical condition, Multiple Sclerosis is an unforeseeable disease that leaves the body disabled as it disrupts the flow of information either within the brain, or between the brain and the body.

Read also: Virtual Reality is About to Have a Huge Impact on our Daily Lives

New York based Amy Meisner was a professional dancer, and San Diego’s surfer Steve Bettis has been living on the waves for the past 50 years when they were both hit by Multiple Sclerosis. 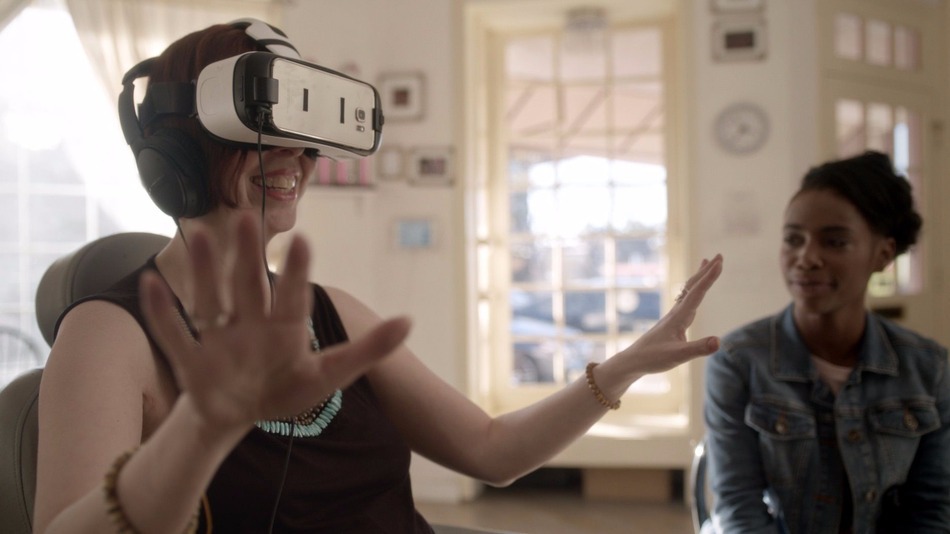 Although MS may have tried hard to put a full-stop to the passion of its patients, yet Virtual Reality has stepped in to do something that was never done before. The National Multiple Sclerosis Society launches a new ad campaign using the real life stories of Amy and Steve, and lets them relive their past in Virtual Reality.

One of Steve’s surfer friends mounted a 360 degree camera on his head and hit the waves at the Ocean Beach, California. For Amy, a close friend captured a mesmerizing stage performance so that she could relive those golden moments. The immersive videos were then shown to both Amy and Steve using a VR headset. Though the VR feel would not replicate the real-life experience it was enough to bring back some familiar and beautiful smiles on their faces.

With the trending hashtag of #WeAreStrongerThanMS, an awareness campaign has been launched over social media. The purpose of this campaign is to highlight the MS Awareness Week (7th to 13th March) and to emphasize the importance of coming up with practical solutions to defy Multiple Sclerosis.

In his MS awareness ad, Steve gives a very optimistic and practical message. He says that he has always been a happy person and there was no reason to change that part of his personality even after his diagnosis. He further adds that it would be easy for him to complain about his current condition, but complaining about the ailment won’t make it go away. He now repairs surfboards to keep his spark alive. Amy also continues to do what she always loved, that is, choreograph dance performances.

This is not the first time Virtual Reality helps people living their dreams. VR has come up with a solution to experience life pre Multiple Sclerosis; and we hope to see more advancements in this technology in the coming years.