The Advantages of Using Google Cardboard for Educators & Teachers

In recent months, there has been a lot of talk about Google Cardboard and its potential to transform virtual reality in the educational system. However, most educators still aren’t using this technology to immerse their students in virtual reality simply because most don’t know how beneficial it could be to the classroom learning setting.

What Is Google Cardboard?

Google Cardboard is a virtual reality (VR) headset which is designed to allow your students to become immersed in their learning experiences with 360 degree views of images or video. When your students put on their headsets they can turn their heads and look around in all directions.

As we’ve discussed previously, the benefits of using virtual reality in the classroom are numerous. They include: 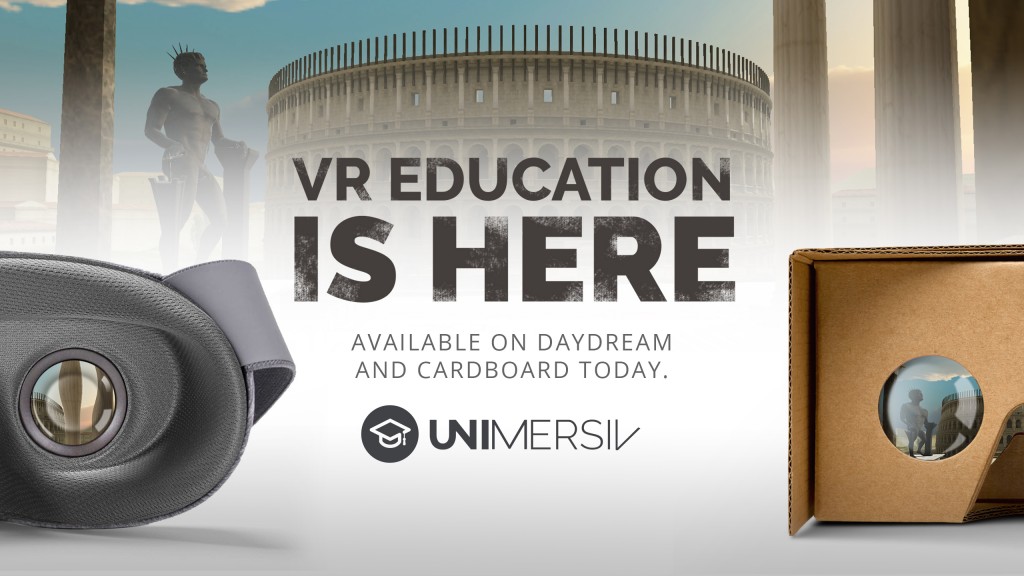 The Unimersiv app is available for Daydream and Cardboard here

The Advantages of Google Cardboard in the Classroom

There’s no shortage of VR headsets available in the marketplace. However, in comparison to the top of the market VR headsets, like Oculus Rift and Samsung Gear VR, Google Cardboard offers major advantages that educators should pay attention to.

Google Cardboard also works with cheaper phones than the recent Samsung phones required for the Gear VR. In fact, a standard smartphone is enough to use Google Cardboard. As a result, Google Cardboard significantly reduces the cost barriers associated with using VR devices in the classroom.

Google Cardboard is one of the first VR headsets that was specifically designed to be readily accessible to the masses. The simple design means that the cost and the time required to construct them aren’t significant drawbacks when it comes to deciding whether or not to use them in the classroom.

Purchasing expensive VR headsets for children isn’t practical nor is it feasible. In the classroom, Google Cardboard makes for a reliable alternative to expensive VR headsets so that kids can enjoy VR experiences without the responsibility that comes along with maintaining the equipment. When you work with children, even though there’s likely to be more than one big ‘oops,’ you’ll never have to worry about how you’ll replace a broken Google Cardboard.

Given that it is a fairly new technology, the amount of content available for Google Cardboard is limited. However, our company, Unimersiv, is working to close this gap. In addition, new apps are being developed with educators in mind so that you’ll never have to worry about trying to adapt apps designed for adult consumers to young children.

Although, Google has already made some efforts to bring this technology to schools, beginning with an initiative it launched back in 2015 called Expeditions, it is now up to the educators themselves to take the lead when it comes to bringing VR technology to their classrooms.

Here at Unimersiv, we want students everywhere to begin experiencing the world in VR and we’re already working with educators to help them transform their teaching strategies.

We’ve also launched our own VR in the classroom campaign. To date, hundreds of schools around the world have signed up on Unimersiv to show their interest in bringing VR to their classrooms and there’s still plenty of room for many more schools.